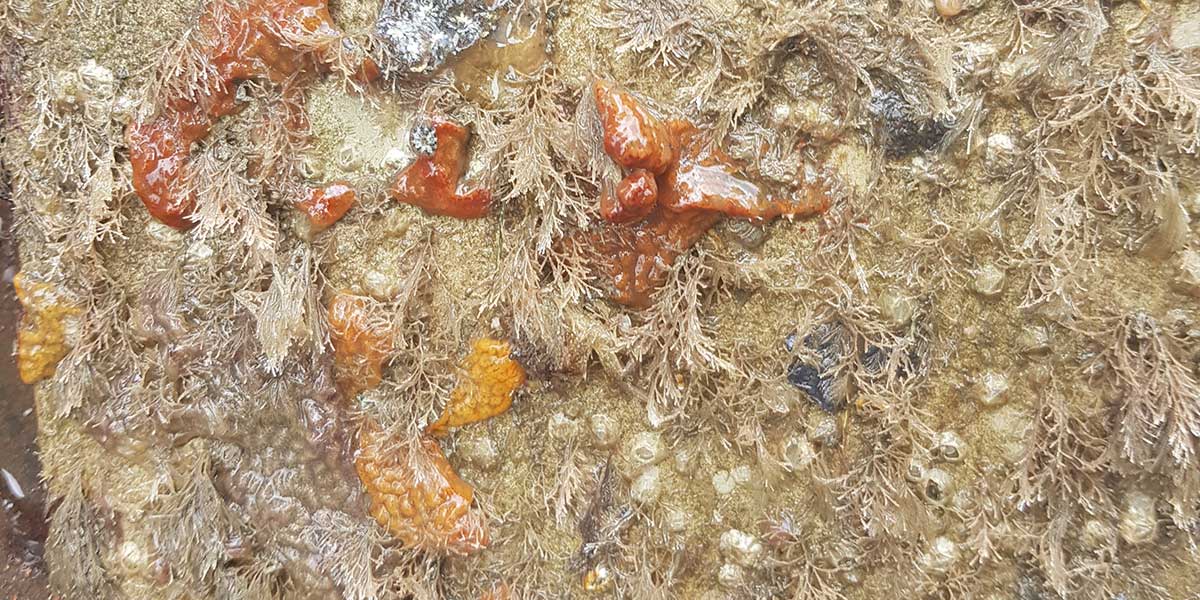 According to leading Norwegian environmental pressure group Bellona, the risks posed to both the environment and the sustainability of commercial shipping by biofouling should not be underestimated. The issue, which has yet to be tackled by any meaningful international legislation, apparently poses a serious threat ‘triumvirate’. However, as Bellona points out, by tackling it head on, especially through ‘proactive solutions’, a three-fold set of benefits can be realised by forward-thinking shipowners. Evil invaders

Biofouling occurs when aquatic organisms accumulate on vessel hulls. Their growth creates hydrodynamic frictional drag that leads to vessel inefficiency. More fuel has to be burned to maintain operations, increasing both shipowner OPEX and emissions to air. In fact, according to the IMO, world fleet fuel consumption (and corresponding emissions) could fall by as much as 10% with better hull and propeller management. “In addition,” explains Sigurd Enge, Head of Shipping and Arctic, Bellona, “biofouling is the main culprit in the spread of marine invasive species, which can devastate ecosystems and drive local species extinction. That is compounded by climate change, which allows for greater species introduction, through new shipping lanes, while enabling invaders to survive at higher latitudes, such as in the Arctic, due to increased water temperature. That creates a snowball effect that we must arrest… before it’s too late.”

The need for change Although the IMO and world shipping is tackling invasive species through regulations regarding ballast water management, biofouling has yet to receive the same attention (despite evidence suggesting it’s a far greater problem – a study from New Zealand attributed over 70% of invasive species to biofouling, with only 3% originating from ballast water).

Enge says this is beginning to change, but not quickly enough. “New Zealand, Australia and California have initiated their own requirements and that shows the beginning of a ‘trend’, with these frontrunners leading the way for the rest of the industry,” he states. “However, collective action is necessary to create one standard that all must adhere to, and that has to come from the IMO… soon. This is a regulatory loophole that must be closed. Our world needs that, and society, driven by increased environmental awareness, will demand it.” Win win win But, he adds, shipowners shouldn’t see this as a burden, more of a “huge opportunity.” “Effectively dealing with biofouling is a win-win-win,” Enge states. “Clean hulls mean optimised fuel efficiency and that greatly reduces operational cost. That in turn means less emissions to air and a better environmental profile.

Then, of course, there’s no invasive species spread, and that is essential for the well-being of our marine ecosystems. It is, quite simply, a ‘no brainer’.” Time to get proactive However, better in-water hull cleaning solutions are needed to tackle the challenge effectively, with some current practices arguably exacerbating the problem they’re meant to address. For example, Enge says, manual diving teams and remotely operated machinery that scrub hulls often simply dislodge biofouling into the water, effectively facilitating invasive species spread. The process can also damage a vessel’s anti-fouling coating, releasing potentially toxic biocides into the water. Because of this, cleaning with capture or offshore is certainly preferable, he imparts, but for the optimal solution, the industry needs to be ‘proactive’. “The best approach is definitely a proactive cleaning solution,” he states. “If you stop organisms from growing in the first place you prevent the problem, simple as that. That means neither the shipowner nor the environment ever has to pay the price for the transportation of biofouling. At Bellona we’d like to see more work on this – solutions that act as guardians for both vessels and nature, helping this industry move more sustainably into the future.”

Bellona is an independent non-profit organisation dedicated to tackling climate challenges and help facilitate sustainable environmental solutions. Founded in 1986, the foundation is headquartered in Oslo with international offices in Brussels, St Petersburg and Murmansk, Russia. The Bellona Foundation is an independent non-profit organisation that aims to meet and fight the climate challenges, by identifying and implementing sustainable environmental solutions. We work towards reaching a greater ecological understanding, protection of nature, the environment and health. Bellona is engaged in a broad range of current national and international environmental questions and issues around the world. The Bellona Foundation was founded in 1986. We are currently 57 employees, working at the main office in Oslo and our three international offices in Brussels (Belgium / EU) Murmansk (Russia) and St. Petersburg (Russia). We have websites in Norwegian, English and Russian. Our area of expertise is broad, and the staff is comprised of individuals with extensive professional background. With over 30 years of experience, we have established a unique network both nationally and internationally. Our work has gained international attention within several disciplines, and Bellona`s advisors are frequently sources and experts on climate change issues both in national and international press.