What is biological fouling?

Biofilm is the result of unicellular organisms colonizing. These microorganisms are able to multiply under favorable conditions and as a result will form a green slimy layer. This layer forms the foundation for more complex organisms. Multicellular organisms, like larvae from barnacles and mussels, need this layer to settle onto the surface.

Water contains microorganisms such as bacteria, algae, fungi, viruses and higher organisms. Microorganisms can be considered as a colloidal solution and can be removed during pre treatment. However, the difference between micro organisms and inanimate particles is the ability of micro organisms to multiply. As a result, they are able to form a ‘slimy layer’ called biofilm under certain favorable conditions. 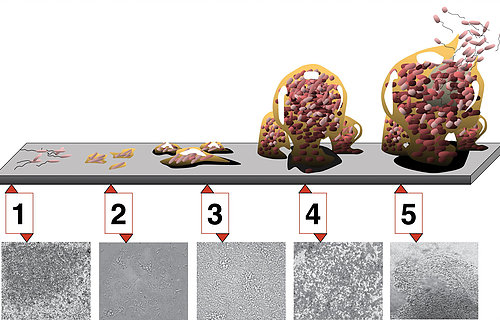 Fouling as the result of biofilm causes a lot of issues like corrosion, formation of micro-organisms and deterioration of heat transfer as well as cross-section reduction and blockages. Furthermore, marine growth on hulls of vessels can result in significant fuel consumption as a result of increased resistance of the vessels hull in the water. These costs will start immediately and can go up to 30%!
All these issues lead to the fact that chemicals or other environmental unfriendly procedures are required. In addition to the environmental effect all these issues are causing higher costs of maintenance and will lead to higher operational costs as well as to increased total costs of ownership in the shipping industry. 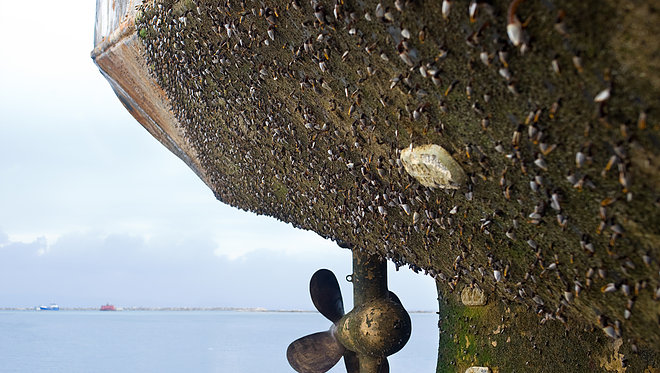 Biofilm is difficult to remove due to the fact that it protects micro organisms against shear forces and biocidal chemicals. When removed parts are not completely gone, these remnants will grow again very quickly. This is why the prevention of biofilm pollution is the important objective for the pre-treatment process. Controlling microbiological activity is also part of the system design and during system operation.